Welcome, please use this shoutbox to advertise open threads, wanted lists or plotters. 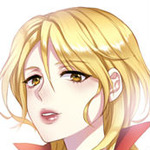 Whispered Secret Crafted By Alisha
A 2014 Adoxography Exclusive
This theme is best viewed on Google Chrome
"Whispered Secret" premade theme created by Alisha of Adoxography and Proboards Support for use on Proboards v5 Forums. Many thanks go to old StackOverflow posts, and the content creators at Codrop and Github . Please only modify this theme according to the creators conditions and specify them here upon doing so.


This work is licensed under a Creative Commons Attribution-NonCommercial-NoDerivs 3.0 United States License.